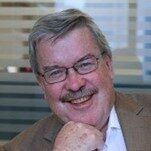 Details
Dr Low was Chief Economist at the World Trade Organization and is an Adjunct Professor of International Economics at the Graduate Institute, Geneva. He worked for GATT from 1980–1988 and joined the WTO in 1995, taking up his present position in 1997. For a short time from 1999–2001, he served as WTO Director-General Mike Moore's Chief of Staff. He is currently a senior adviser at TULIP Consulting.